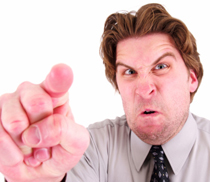 Geez, if I had a nickel for every time I’ve heard that in the last 5 years…

This post was inspired by comments I’ve received over the years about not having a real job, and a few e-mails from “Netpreneur” hopefuls who receive earfuls of doubt from family and friends regarding making a living online.

It still amazes me that in 2010 Internet marketing doesn’t get the credit it deserves.  Some people are old fashioned and will never accept that it’s actually possible to earn a good, honest living outside a cubicle.

However, in their defense, most people don’t know anyone personally making a living online, so it is somewhat understandable why many heads are filled with doubt and skepticism.

For the sake of this post I will be referring to my old 9 to 5 job (Web Production Analyst) as my “real job” and my Internet biz as my “fake job.”

I often think back to that “real job” and how many days I spent one, two or even three hours working overtime and never got paid for it because I was a salary employee.

Compare that to my “fake job” today where I spent an extra 15 minutes adding/adjusting some Google ads on my site and earned an additional $1,000 for the month.

When I quit my “real job” in 2006, my salary was actually 4% LESS than it was than when I was hired (4 years prior) due to budget cuts, etc.   None of our raises ever caught up with the pay cuts.

At my “real job”, I worked 40 hours per week, but I wonder how many of those 40 hours were spent chit-chatting at the water cooler, surfing the web and taking long lunch breaks.  Hmmmm……

At my “fake job” there are many days where I easily put in 15 hours of work.  I’m positive my total number of actual work hours for the week are far greater than any “real job” I’ve had.

Not to mention weekends.  Technically, I don’t have many days off anymore (by choice, of course) and have the wear and tear on my arm muscles to show for it.  (Yes, I’m still dealing with the typing strain injury from a year ago.)

I won’t bore you with too many statistics and numbers, but if I totaled up the hours I worked on my websites while I still had my 9 to 5 job, your head would probably spin.  It was pure craziness, but well worth it now that I look back on it.

Countless people encouraged me to stay with my “real job” for security.

I dodged about 4 rounds of layoffs over the course of 5 years and never knew when the next round was around the corner.  Yeah, real secure.  And I won’t even go into the future of pensions and social security.

At my “fake job”, I can now live on my residual income alone (thanks to domain reselling.)  So if my sites ever died, I’d still have some sort of backup.

How many “real jobs” do you know that still pay you indefinitely if you quit or get laid off?

I spend way more hours on my websites than I ever did at any 9 to 5 and make way more money. But because I’m not hitting the snooze button on my alarm clock, getting up every morning with the chickens, and fighting rush hour traffic, some say it doesn’t count as a real job.

Sounds silly, I know, but many people feel this way.

Have people in your life tried to discourage you from doing Internet marketing full time because it’s not a “real job”?  Remind them that any form of work that is legal and makes enough money to pay your bills is a real job no matter what form it comes in.

Don’t Pour The “Hater”ade Just Yet

When I write posts like this, it’s inevitable that at least one person will say, “Lisa, people are just hating/jealous.” While that may be true in some cases, I honestly believe most of these people are just uninformed about the Internet Marketing world.

As I said earlier, very few people know anyone personally making a good living online. So they might be oblivious to the work that is actually involved, and it’s easy to write it off as “wasting time” or “playing around.”

Not everyone is hating.  Some people just haven’t witnessed enough (or any) real examples of people making worthwhile money online.

Quick Note: I know that many of you may be happy with your 9 to 5’s and/or have no intentions of working online full time. This type of career is not for everyone and certainly has its disadvantages.

This was just to address those who still don’t believe that Internet marketing is a real job. Quite frankly, that statement is an insult to those of us who have put in the hours to make it happen and love what we do.

Nevertheless, this is by far the most fulfilling work I’ve ever had in my life, and I hope to never have a “real job” again.  😀