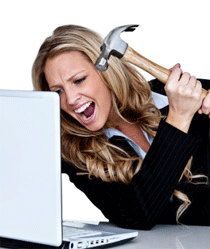 For the last two weeks, the Net has been buzzing with chatter about the latest Google algorithm shake-ups.

This time there were 3 fairly big updates that rolled out over the span of 10-12 days.

So in case you missed it, here’s a recap…

On September 27/28th, Google launched an EMD update (Exact Match Domain) that targeted “low quality” (their words) sites that were ranking well primarily because of the phrase match (and didn’t have enough other signals to support and validate such a high ranking).

Google must have really set the bar high for “high quality” because when an awesome site like Traffic Generation Cafe gets hit, you can’t help but wonder what the heck is going on.

Nevertheless, a few days later, we learned there was also a Panda update around the same time…

@gregrysmith yes. 500+ algo launches/year mean 1-2 a day. I know of at least one other algo rolling out over same timeframe for example.

That one other algo that Matt was referring to in that Tweet was later confirmed as Panda. So that would explain why the “small EMD weather report” didn’t seem so small after all.

So if you were hit and you don’t have an EMD then you were probably affected by Panda.

Then on October 8th, there was another update (Top Heavy 2) that targeted sites that had too many ads above the fold. (Top Heavy 1 launched in January.)

How Did I Fair?

With regards to my sites, I had some winners and losers. This blog won (15% traffic increase), but my static site saw a 10% drop in organic traffic.

In fact, my static site actually has 25% less organic traffic than it did this time last year. That’s the bad news.

The good news is my income has not dropped proportionately because of diversification and I’ll talk more about that in a bit.

I don’t want to spend too much time on rumors and speculation because it does no good, and no one really knows what’s going on but Google.

Some believe they are pushing down content/affiliate websites and favoring brands to force more spend on AdWords.

Whether that’s the truth or not is beyond my control.

Some people hit by the EMD update said they would change domain names and do a 301 redirect to the new name.

I’m no expert, but I personally think that’s a waste of time. Remember, Google didn’t penalize all EMD’s. They penalized the ones that didn’t have enough pre-determined “quality” signals Google looks for to support the ranking.

So even if you do create a completely new website, you still have to build it up to make it worthy to rank again, and that’s going to be much harder given that SEO seems to be changing.

I say, stick with what you have and work on diversification. That’s what I’ve been working on for the last year. It’s been a journey, but I’m having some success that I want to share and hopefully inspire you.

You may remember I launched my WordPress Starter Tips for beginners several months back. This is the most success I’ve ever had with email from a conversion standpoint.

The list has been growing by about 1,100 subscribers per month and I have primarily been promoting the list in certain YouTube videos and pages on my sites.

Most of the tips are not promotional in any way. However, in some I make recommendations for WordPress themes, my WordPress ebook, etc. and it has really helped with income.

As you may know, I am having a love affair with the Genesis themes (Yes, that’s the theme this blog is now sporting). I’ve started switching more of my sites over to them, so I’ve been promoting the themes to my list, via video, etc.

(I will also be having a giveaway on this blog very soon. (Yipppeee!)

Email marketing has always been a struggle for me because it’s tough to strike the right balance between informational and promotional content. Obviously people don’t want to be pitched to all the time, but I still want to monetize the list.

So it’s been a challenge, but I’m finally seeing some results. Below is my current ShareASale affiliate earnings that have come mostly from Genesis referrals.

If you are having trouble getting conversions with traditional email marketing (something I’m just not very good at), setup some useful autoresponder tips that go out on various intervals.

Just keep the inform/promotion ratio around 90/10.

You knew this was going to be on the list, didn’t you? 🙂

I can’t say enough about YouTube and what it’s done for my diversification. Even though my 3 channels combined earn a small salary with the YouTube Partner program, I don’t focus on that because it’s Google-dependent revenue, and who knows what could happen with that in the future.

As I mentioned in another post, I have some other small sites I’ve been working on to further diversify my portfolio, but I have been spending more of my time building up my natural hair site.

It’s growing by the month and is not Google dependent. It started out that way, but lately more visitors are coming from Facebook, Pinterest, my YouTube channel and my forum that I just launched 2 1/2 months ago.

And finally, I’m getting into the Kindle publishing game and working on a book to add to the monetization mix.

So yes, I’ve been in Diversification Land, and it’s why I’ve only been blogging every other week instead of weekly (I hope you forgive me.) 🙂

Now, to answer the question I posed in the title…

No, Google did not kill the content/niche site model, but I do believe it is forever changed. The days of building content sites in hopes of drumming up a ton of Google traffic are coming to a close for the most part.

Of course, there will always be ways to find some success this way, but I think it’s even more of a risky model if that’s all you’re going to focus on.

There’s nothing wrong with targeting Google, but you should definitely plan to diversify sooner than later.

I know it’s frustrating, and I’ve heard a lot of people say they are just going to throw in the towel. I can testify that diversification is hard work, but think of how much better off you will be when you do discover a way to be less dependent on The Big G.

Keep experimenting with different strategies and hang in there!

So what about you? Were you impacted? What are you doing outside of Google to promote your business today?