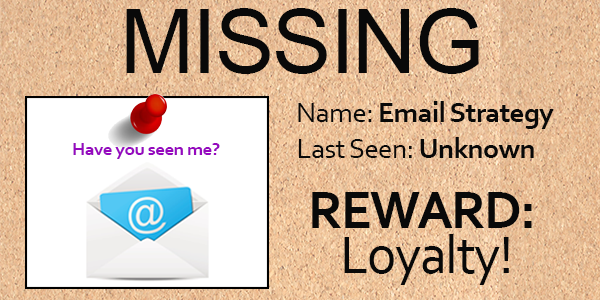 Every now and then I’ll come across someone who doesn’t have an email list.

The top two reasons are typically…

2) I don’t want to spam people

I can sort of relate to that.  When I first started this site I didn’t have a list for a long time.  My site links were converting fine on their own so I thought, Why do I need to bother people with emails?

At the time, I still had a 9 to 5 job, and I was not treating this “website stuff” as a real business.

Occasionally people would ask, How can I sign up for your list?  So I reluctantly started one, and it sat out in cyberspace collecting e-dust because I had no idea what to send.

At the time I didn’t have a product, and like a lot of people, I looked at email marketing as spammy.  Of course, I know now that isn’t necessarily true.

And when I finally did send out something, hardly anyone opened the message. The people who did, flagged it as spam. (Most mailing services alert you if your complaint level goes above .1%, and let’s just say I was alerted!)

To add to that, it was costing me more money as the list grew. So I gave up on email and I did something that was probably very stupid.

Thousands of emails down the Internet drain.

Granted, since I wasn’t using my list, many of the subscribers were probably uninterested and had forgotten about me anyway (Lisa who?), 🙂 but it was a lot of people nonetheless.

A couple of years later I started collecting them again.  I did some list segmenting (where you send out emails to targeted groups), and that was actually more successful, but I still never established a mailing rhythm.

So in April of last year I made a difficult decision.

Instead of just using my list for special broadcasts / one-off mailings (which I rarely did anyway), I decided to use AWeber’s blog broadcast feature (affiliate link).  That means an email goes out every time I write a new post.

Knowing what a sensitive medium email is, I was a bit nervous about this. So I drafted an email to let my subscribers know what was coming and hit the SEND button with much hesitation.

As I suspected, a lot of people unsubscribed.  Just to put this into perspective, right now my unsubscribe rate per email opened is under 1%, but this email caused 7.6% of the people who opened to unsubscribe.

Uh oh.  Was this a mistake?

I remember thinking that going forward I needed to be much more selective about my blog topics since every post will generate an email.  Looking back on things, I should have been selective ANYWAY but hey…. I was learning. 🙂

YIKES! Speaking of being selective, I went back to some older blog posts and some of them were just ridiculously trivial.  I would never publish anything like this today… blog broadcast or not.  Look at this piece of work  from 2006!  Yeah, real captivating huh?  So basically I just created a blog post with 100 words to point to another page on my site!  Yikes.  Can you imagine what my unsubscribe rate would be for the blog broadcast if I published posts like that?  Wow!

Anyway, the next email went out and the unsubscribe rate dropped down to under 1%.  Whew! I felt a little better.

I knew I had to stop focusing on what I lost, and work to keep the people I still have on my list.

So I began to be even more selective about what I sent out.  Since I started using the blog broadcast feature last year, my open rates have improved by an average of 60% compared to when I sent emails before the change.

Part of that is about being selective but a bigger part of that is sending emails more consistently AND setting expectations as soon as people subscribe.

Looking back on those 7.6% that unsubscribed, I realized it wasn’t really a loss because I had probably already lost most of them by now.

I wasn’t using the list anyway, and if they really wanted to keep up with me, they could follow my updates other ways online. 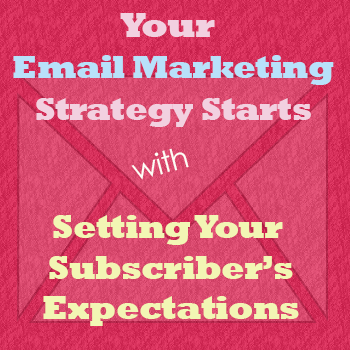 Even if you’re only going to send out one email per month, tell your subscribers that on the follow-up or confirmation message.

You could say something like, Thanks for signing up. I’ll be sending you my month-end wrap up so stay tuned!)   Or, I’ll be emailing you when I have important posts or news to share.

As far as the blog broadcast feature goes, I would tread carefully with this feature if you post multiple times per week.  I use it because I blog less than most active bloggers (usually 2-3 times per month now), and I don’t send out a lot of emails in addition to that.

But if you do blog a lot and want to use it, you can always send a weekly or monthly summary.  You don’t have to send a mailing with each new post.

Whatever you do, set the expectation so people know how often to expect your emails.

The other advantage of doing this is if your email gets caught in the junk or spam folder when a subscriber first signs up, they may realize they aren’t receiving them and investigate. New subscribers are more likely to be on the lookout for your emails.

I’m not saying that what I am doing now is the absolute best strategy, but it’s certainly better than what I was doing… which was almost nothing. 🙂

Plus, it was encouraging when I discovered the sizable open rate increase.

I disagree with people who say email is dead.  Sure, it’s been impacted by social media, and if you have a younger audience, it may not be as popular with them.  However, I’m still convinced most sites still need a list.

I know I’m truly grateful for mine now, especially with some launches coming.

I’m half way done with my Photoshop video course (which, by the way, is going to teach you how to make eye-catching images for your site and social media with incredible ease!) and I’m working on a course related to video as well.  </end shameless plug>

So I will be offering nice discounts to my list when they launch.  In the meantime, I’ll try to refrain from thinking about how large my list COULD have been.

What can you share about your email strategy?  Has your journey been like riding a roller coaster too?