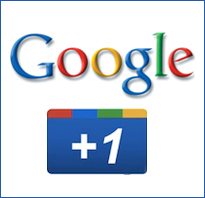 Am I the only one getting tired of the social sharing mania?  Really, it’s getting to be too much for me.

I know it’s the world we live in now, and as a blogger/webmaster/affiliate marketing I often feel the pressure to keep up when it comes to adding these buttons to my site.

So of course, when Google announced that we could add the functionality to our sites last week, I installed the button like any diligent marketer would. 🙂

But I’d be lying if I said I wasn’t tired of seeing countless speculation posts about what it is and isn’t going to do for our business, rankings, etc.  The blogosphere has been going Plus One crazy since it launched.

Google did admit that it’s going to have an impact on SEO.  How much, of course, we’ll never know since Google keeps its algorithm info locked down better than the gold at Fort Knox.  But for some reason I feel the impact will be minimal… at least for now.

Now of course Google +1 will provide both personal and business conveniences and benefits (especially if you’re an avid Google user.)  I just feel like the Net is on sharing overload sometimes.

To Add or Not to Add?

So should you install +1 on your site?

Sure, why not?  It’s free, takes up very little room and…

It’s Google — the #1 search engine accused of trying to control the Internet and search!  And it’s THE traffic source responsible for bringing many people the majority of their search engine traffic.  So why would you bypass the opportunity to let the oh-so-powerful Google know who likes your content?

But if you’re expecting some miraculous increase in your search engine traffic overnight, I think you’ll be disappointed.  But maybe Google will prove me wrong.

I really think this was more about Google trying to match the success of Facebook’s “Like” button.  How they’ll use the data and how much of an impact it will have on SEO, remains to be seen.

So what do you guys think?  Am I the only one tired of all the social sharing noise and the hype that comes with it?  Maybe I’m just getting too antisocial for this social world we live in now. 😀

What do you think of Google Plus One?  Did you install the button yet?